Long History
Syracuse was the most important city of Magna Graecia. The city is notable for its rich Greek history, culture and architecture and as the birthplace of the preeminent mathematician and engineer Archimedes.
Ortygia
Ortygia where Hotel Gutkowski is situated is the small island which is the historical centre of the city of Syracuse. The island, also known as Città Vecchia, contains numerous historical landmarks.
Previous
Next

In Syracuse, with a closer look at the scenery, you will see what the Corinthians found in this particular place and why they chose these shores. The first name given to Syracuse, Syraka, supposedly means abundant in water, and that is a precious clue. The sweet waters of the Fountain of Arethusa, and the Anapo and Ciane rivers (on the outskirts of the city), may best explain why Syracuse grew into the biggest city of all the Greek colonies. These springs irrigate a luscious vegetation that is in good part indigenous. Here, you will find the renowned papyrus, which does not grow naturally anywhere else in the country.

The Fountain of Arethusa offers the best angle to admire the Porto Grande, one of the biggest natural harbours of the Mediterranean, enclosed by the island of Ortigia itself and the peninsula of Maddalena.

Whitin the rocky perimeter of Ortigia, the Corinthians built their places of worship. The island is to this day the most historic part of the city. Ortigia will teach you how to tell west from east winds, Greek reminiscences from Arabic architecture.

All the points of interest of Ortigia are in the vicinity of the hotel; some of them are: the Temple of Apollo, transformed into a church in the Byzantine times and in mosque during the Arabic times, the Duomo, the cathedral built upon the Greek temple of Athena of the 5 century b.C., the Maniace Castle, an example military architecture of the emperor Frederick II.

On the mainland, modern Syracuse is quite smaller than its extension in the classical times, when it was known as the Pentapolis. But the golden age has not been forgotten and you can get a sense of that time at the Neapolis Archeological Park (where you will find the Greek theatre and the Roman amphitheatre), at the Paolo Orsi Archeological Museum, and at the open sections of the very extended catacombs and the latomie, the Greek quarries where slaves and prisoners of war were kept. In particular, the Latomia of the Capuchins, with its monastery and the close bicycle lane, is worthy visiting.

Ortigia offers a few spots to sunbathe and swim (all 5-10 minutes away from the hotel). If you have a car, we recommend a drive southward and a visit to the best beaches of our coast, such as Fontane Bianche and Arenella (15-20 minutes away), or to the little cove of Ognina. The Lido di Noto can also be the first leg into an expedition in the Noto valley, which is comprised of Noto, Modica, Scili, and Ragusa. Further south, you can also enjoy the sun of Marzamemi, a little fishing village, and see some local colour from the tip of the island.

If you enjoy a good excursion, we suggest the natural reserves of Casagrande del Cassibile and Vendicari, which are both located south of Syracuse. We will be happy to give you more details and help you plan your day in the nature. You can also see more of Syracuse’s environs choosing gozzo – a typical wooden boat – over car, and then either sail to the marine reserve of Plemmirio or to the sea caves north of Ortigia.

Syracuse hosts an array of cultural events. Every year, the Istituto Nazionale del Dramma Antico stages two tragedies from the classical tradition at the Greek theatre, which have consistently been Italy’s highest-grossing theatrical productions. While the Ortigia Film Fest and Ortigia Sound System Festival are also worthy mentioning, Saint Lucy’s feast, which spans over two Sundays (the first two of May), is probably the event that resonates the most with the locals. 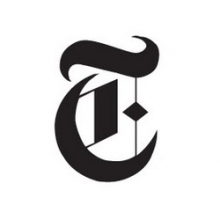 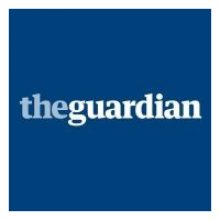 THE GUARDIAN

Read More
The old town is a maze of winding streets and small piazzas crammed on to the tiny island of Ortigia. It’s here you’ll find the low-key Hotel Gutkowski, which has simple, stylish rooms and a charming roof terrace where breakfast is served. 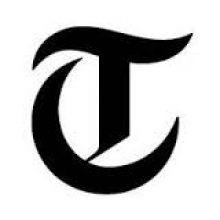 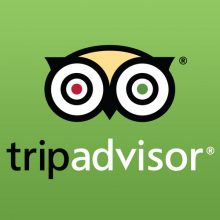 MANDY R

TRIPADVISOR CONTRIBUTOR
Read More
This is one of the best hotels I have ever stayed at. The bed was so comfortable. I could have stayed in there forever. The views were so amazing. I can’t even describe them. It was also in a great location right on the coast and within walking distance to everything and close to the bridge to the mainland of the island.

CONCIERGE.COM

Read More
The secret is out: Hotel Gutkowski is the best bargain in ancient, seaside Siracusa…Your room rate includes one of the best continental breakfasts in Siracusa, with fresh-squeezed juices, homemade jams and pastries, and organic fruit. 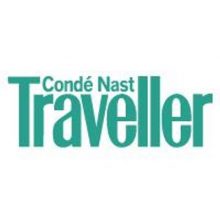 CONDÉ NAST TRAVELLER UK

Read More
Along its seaward side are fishermen’s houses, some weatherbeaten, others restored, like Hotel Gutkowski. It is welcoming and appealing in its simplicity: light rooms, salvaged furniture; and my bedroom has one of those little balconies you see old ladies sitting on, looking out to sea. Once the day-trippers have departed, to be staying the night here feels like a privilege. 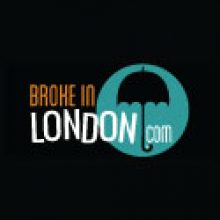 BROKE IN LONDON

Read More
Gutkowski definitely has something special. Perhaps this magic is partly due to its name, which comes from the Polish grandfather of the owner Paola, a real traveller. Every day at 5pm during summer, granita is offered for free on a big terrace facing the sea. The breakfast features delicious local and organic products, such as orange juice in the winter and almond milk and granitas in the summer.
Previous
Next

The Gutkowski Hotel is located on Lungomare di Levante, a promenade on the waterfront of Ortygia (Italian: Ortigia), the small Island that has always been the inner heart of downtown Syracuse (Italian: Siracusa). It is a small boutique hotel made up of 26 exclusive rooms, placed in two late ‘800 buildings facing the sea, formerly inhabited by craftsmen and fishermen, and both restored according to their simple original architecture. Our hotel is an intimate and cheerful place to stay, ideal for real travelers. Whether you are looking for a quiet, relaxing escape or you want to explore the many and varied activities that Syracuse has to offer, Hotel Gutkowski has it all.